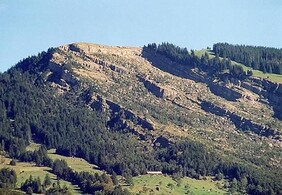 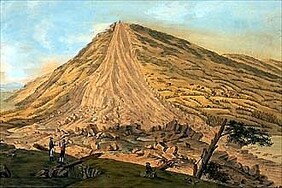 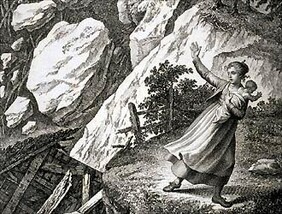 The historical rockfall event on Mount Rossberg is viewed as a textbook example of a rockslide. Following wet years in 1804 and 1805, and heavy downpours of rain in July and August 1806, a total of around 35-40 million m3 of rocks from the Subalpine Molasse slid down to the populated valley floor in Goldau.

The village of Goldau, Röthen and Busingen were submerged in rock. Parts of the rock mass fell into Lake Lauerz and generated a disastrous flood wave which was several metres high. 953 people and 395 head of cattle were killed; 183 housholds, 126 inhabited houses, 85 barns and other buildings were razed to the ground. The landscape was altered and the livelihoods of the surviving population destroyed for years thereafter.

The Goldau rockslide was one of the most devastating rockfall events in history.