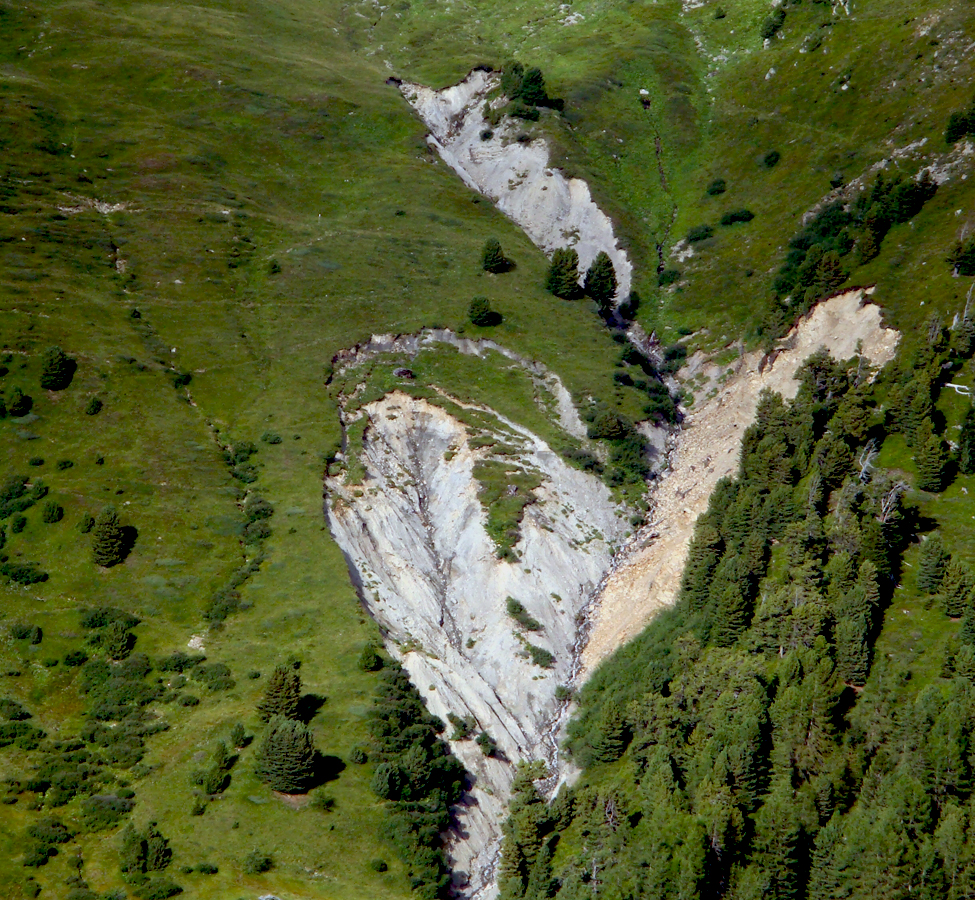 In case of an emergency, vital facilities, equipment and roads have to be repaired as soon as possible to ensure full working order. Of course, this partly means provisional repair. The main difference to «recovery» is that during the recovery process, provisional solutions are being turned into lasting definite solutions.

It is very important that vital facilities, equipment and roads are provisionally repaired as soon as possible after a natural hazard. This firstly includes the so called «lifelines» such as water supply, sewage system, electricity supply, roads and telecommunication.

In the natural disaster of Schlans in November 2002, all those lifelines had been interrupted by a debris flow which traveled through the middle of the village. The disconnection of the lines was one of the reasons why the entire population of the village had to be evacuated. The roads from East and West were torn down, too. The first measure, therefore, was to rebuild the road from Brigels with simple log cribs so that heavy building machinery could get through to the village. This took several days.

Civil protection units and landowners can do some provisional repair work by themselves. Quite often experts are needed, for example, for repairing electric cables or telephone lines.

In catastrophes, where the local capacities are exceeded, the cantonal emergency management can request support from the Army (as for example after the natural disaster in Surselva in November 2002). Civil protection units of neighbouring cantons usually offer help as well. On the international level the Swiss Agency for Development and Cooperation SDC offers help in a crisis or emergency.

The marks left by natural disasters in our heavily utilized space are usually removed and cleared away immediately. But in order to be able to reconstruct and analyse the disaster, it is important to document marks as complete and as soon as possible - by specialists. Beside documenting the disaster, it is absolutely necessary to document rescue operations too, to optimise future operations.

Cantonal services for natural hazards, usually the Department for Forestry or Civil Engineering, ascertain documentation of not so severe disasters themselves. Severe disasters ask for documentation by specialized companies. Extraordinary disasters are often documented by research institutes, which in this way obtain data for basic research. Damage on buildings are being ascertained by insurance experts and injuries of people are registered by the police and doctors.