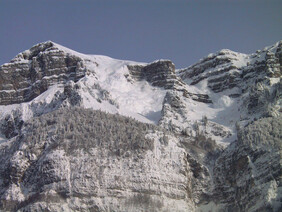 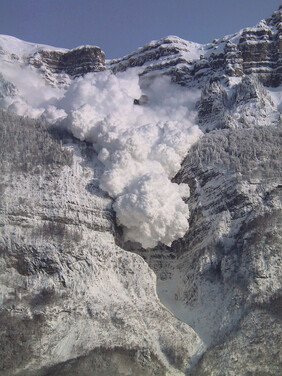 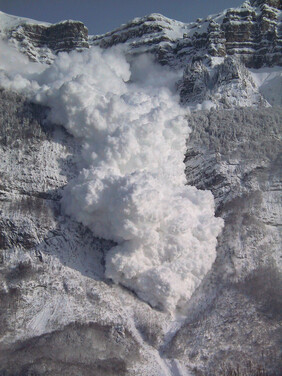 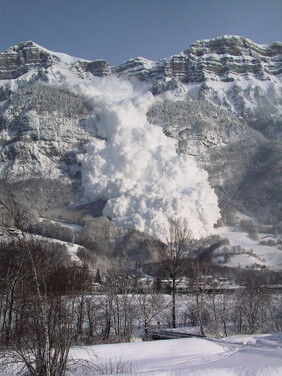 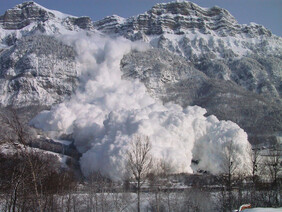 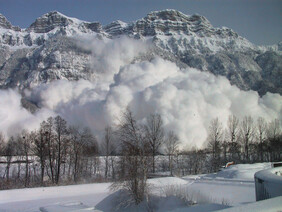 The Schattenbach avalanche near Walenstadt in the canton of St. Gallen is an infamous avalanche which is shown here plunging down the valley as a vast powder-snow avalanche.

The formation of a powder-snow avalanche is favoured when the slide path suddendly becomes considerably steeper or if it leads through steep bands of rock. The avalanche detaches from the ground and, due to the resulting reduction in friction, can reach speeds of around 300 km/h as a mixture of snow and air as a result of considerably reduced friction.

The mixture of snow and air, which moves over obstacles with the speed of a hurricane, can cause considerable damage. The powder cloud which is interspersed with large lumps of snow, causes extensive damage not only near the ground but also at a considerable height above the ground.