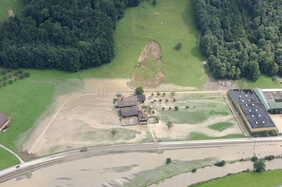 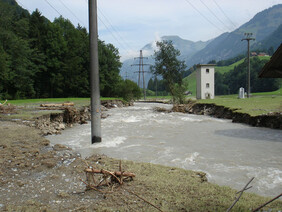 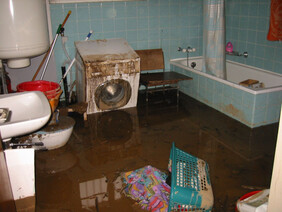 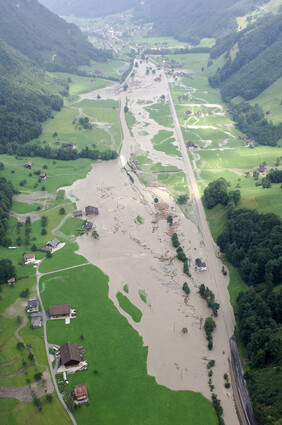 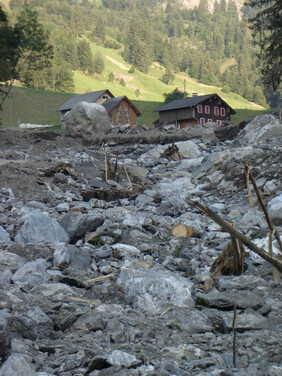 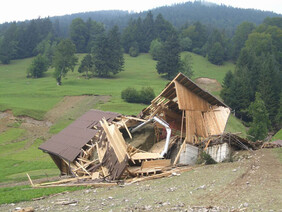 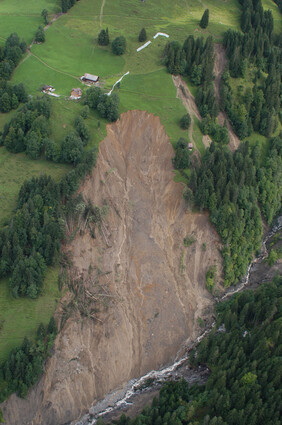 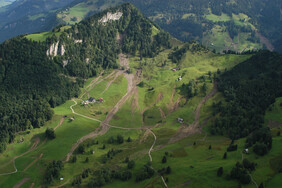 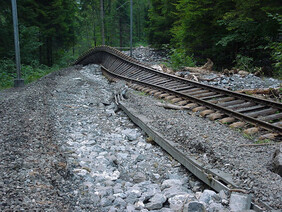 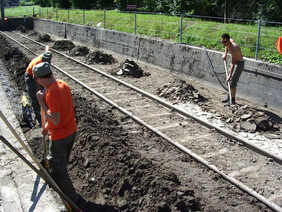 The intensive precipitation transformed both the river Engelberger Aa and nearby streams into raging torrents that transported large volumes of bedload, debris and wood into the valley and burst their banks in places. Many streams caused extensive damage in the form of debris flows. The Haldibach, Buoholzbach and Seklisbach streams in the commune of Wolfenschiessen were particularly prominent among them. The rail network of the Zentralbahn railway in the commune of Wolfenschiessen was very badly damaged and even destroyed in parts.