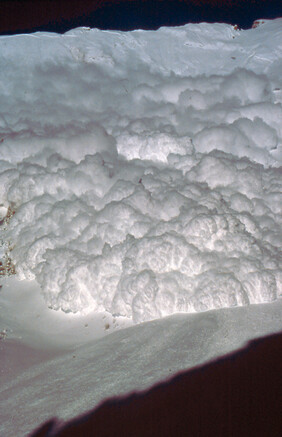 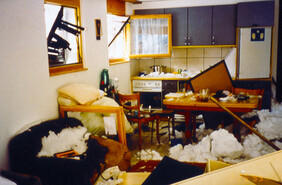 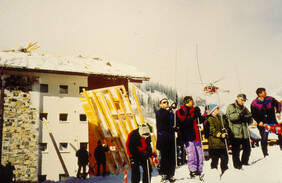 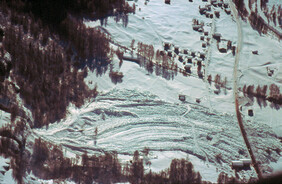 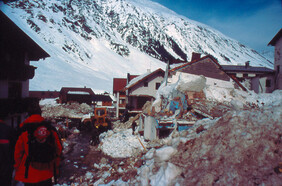 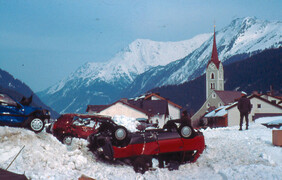 In the late February 1999 a state of emergency prevailed in many regions of the Alps. Within a period of just five weeks, the snow cover in large parts of the Alpine region had increased by over five metres. For the first time in decades, the highest hazard level on the European Avalanche Hazard Scale, i.e. level 5, applied beyond the borders of Switzerland. Hundreds of avalanches occured within a matter of days in teh second half of February.

The avalanches in France, Italy, Austria, and Switzerland claimed a total of 70 lives (17 in Switzerland). The accidents occured predominantly in settlement areas and to a far lesser extend on transport routes. The cost of the material damage generated in Switzerland was estimated as in excess of CHF 600 million. In the most severely affected parts of the Alpine region, many villages and entire valleys were completely cut off from the outside world for days.