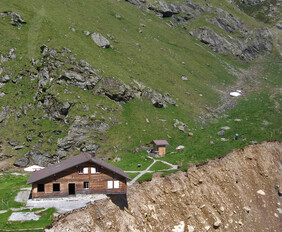 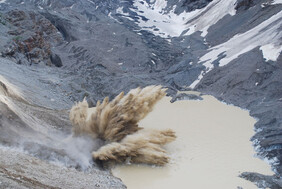 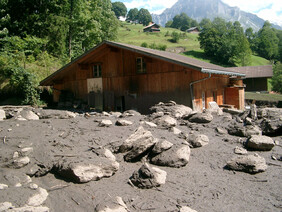 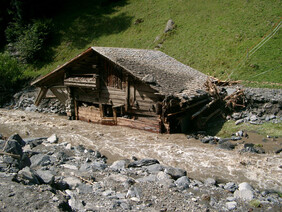 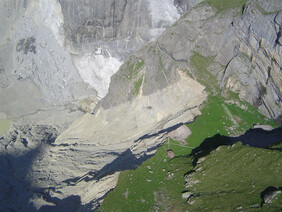 Many glaciers are melting and retreating as a result of the increase in temperature. The rapide retreat of the Lower Grindelwald Glacier caused instability in the parts of the slope formed from moraine material above the former ice mass as they were no longer supported by the glacier.

In the course of numerous slide processes, the moraine gradually moved bit by bit down to the valley. The Stieregghütte mountain hut which once stood on the lateral moraine of the foot of the Lower Grindelwald Glacier hat to be sacrificed due to the hazard posed by these slope movements.

In addtition to the unstable slopes, the glacier lake, which increased considerably in size due to the melting ice mass, also poses a risk. Because it has no natural surface drainage and is pinned against the glacier gorge by masses of dead ice, there was a real possibility that the masses of water would empty suddenly in the direction of the valley. For this reason, an aritificial drainage tunnel was installed in the lake basin.