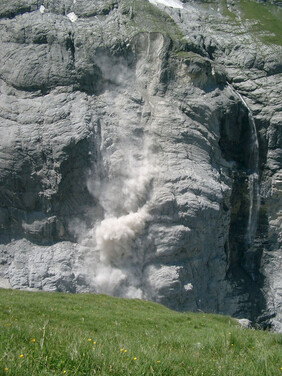 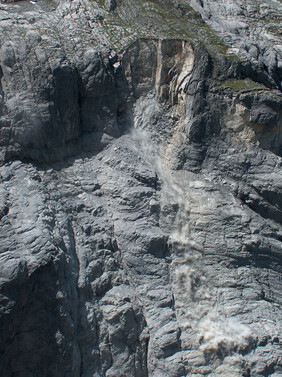 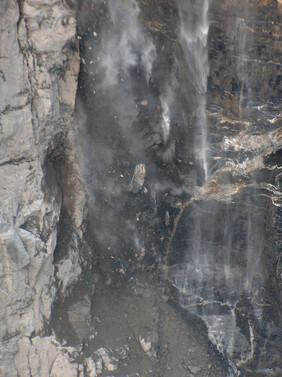 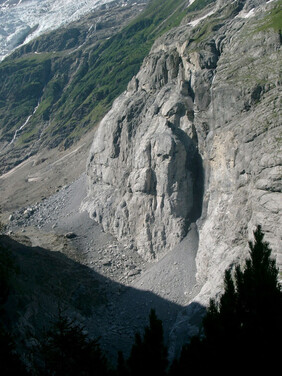 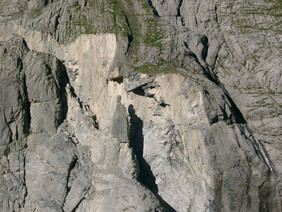 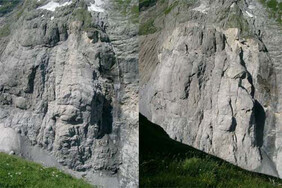 The surface of the glacier in the vicinity of the glacier lake has sunk by over 200 m since 1860. The glacier tongue has retreated since then by around 1.6 km. Due to the lake of ice pressure on the rock face, a two million m3 chunk of rock worked itself loose and has attracted much attention in recent years due to the resulting spectacular rockfall events.

Following an increase in rockfall activity  in August 2008, only two columns of the former chunk of rock remain. These columns collapsed in summer 2009. The break-off point and the debris deposits are all that remain visible now from the path to the Bäregghütte mountain hut.