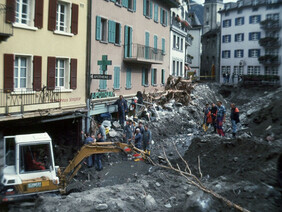 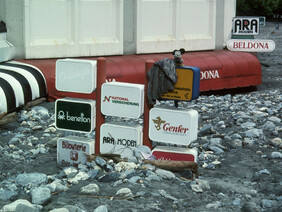 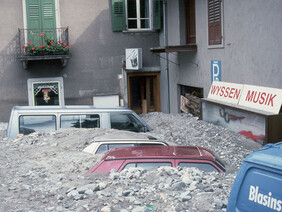 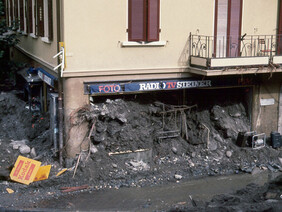 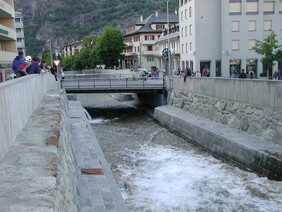 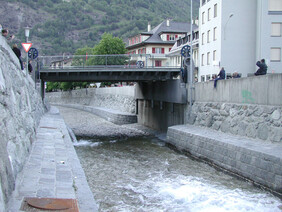 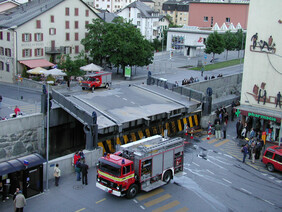 In September 1993, several weeks of constant rain were followed by three days of very intensive precipitation which resulted in the river Saltina bursting its banks in the town of Brig. After the flood, meteorologists calculated that the precipitation and discharge values measured in the Saltina catchment area were the highest recorded for the entire 20th century.

The flood behind metre-high piles of sand and sediment on roads, squares and in buildings. Two woman were killed. The total cost of the storm in the Upper Valais region was over CHF 650 million.

The measures taken after the flood event consisted in the construction of two bedload collectors in the catchment area of the torrent, the raising of the embankment wall along the channel and, as the main measure, the construction of an automatic lift bridge at the critical location in Brig-Glis.